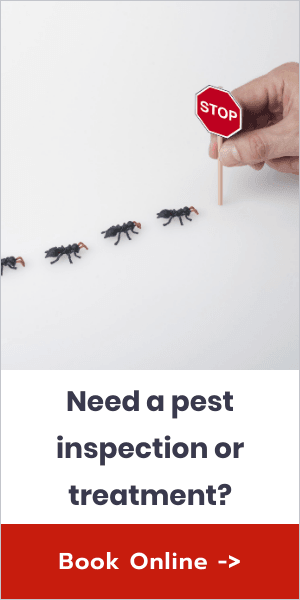 Paper wasps are the most common wasp in Perth and they are also the most predatory.

Wasps have the ability to sting more than once and people often have an allergic reaction, so removal of any wasp nest around your home is important.

Are hornets the same as wasps? Yes, they are! Removal of these nests are just as important. Any wasp nest should be removed by a professional.

A wasp is characterised by having two pairs of wings with few or no hair (in contrast to bees).

There are various species of wasps and they fall into one of two main categories, either a solitary wasp or a social wasp.

An adult solitary wasp will live and operate alone and do not construct nests. All adult social wasps live in a colony and build nests.

Wasps can either be nectar feeders, predators or parasites.

Several species of paper wasps are found in Australia, however, only the yellow paper wasp and the common paper wasp are widespread in south-west Western Australia (WA). Both are introduced species, not native to WA.

You will always find wasps in any area where there is adequate food supply for them, particularly where there are plenty of flowering plants.

As with most other insects, there tends to be a greater abundance of species during the warmer months of the year.

When you find more bees and wasps than you consider to be reasonable, this is usually a sign you may have an infestation.

Swat-A-Pest has a unique focus on safe removal and relocation where possible. If your wasp nest is harmless and native, we will do our best to relocate them to a safer place.

When it comes to bee removal, our Danny Bee Good Bee Farm offers safe relocation to preserve the bee population where ever possible.

Daniel from Swat A Pest always goes out of his way to make sure the job gets done! Very reliable and knowledgeable!

Great service from Daniel and the team. We suspected a rat must have gotten into the roof and died somewhere as it was causing a smell. Daniel was able to find it and dispose of it. Also placed a smell bag to absorb the foul smell. They also followed up with us later to make sure everything was OK. They also have discounts in the Aussie Directory so mention it to get a discount if it applies.

Daniel is an absolute expert when it comes to pest control. Its been over 6 months now and I haven’t seen the return of spiders, cockroaches or mice, thank goodness! Would highly recommend having swatapest on the regular with pest control.

A big thanks to the guys at Swatapest for providing a thorough service be it in the shed or in the roof space there was nowhere to hide for the dodgy 6 and 4 legged filth. Cheers.